Turbo Charge Donkey Kong is a hybrid of Amiibo and Skylander. He's of the Life element, and his signature vehicle is the Barrel Blaster. He's avaliable in the Wii U Starter Pack of SuperChargers and also in a Dual Pack with his vehicle.

Donkey Kong is a fun-loving powerhouse gifted with great strength and incredible agility. His insatiable curiosity and easy-going attitude led him to explore the rift that appeared in his native jungle and brought him to exciting new adventures in this world called Skylands. Donkey Kong's fearlessness and reflexes made him a welcome addition to the SuperChargers and also the perfect driver for the stunt-tacular Barrel Blaster vehicle! 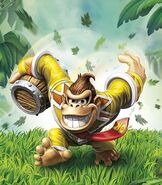 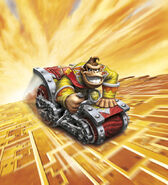 Donkey Kong in his vehicle 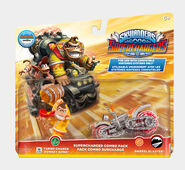 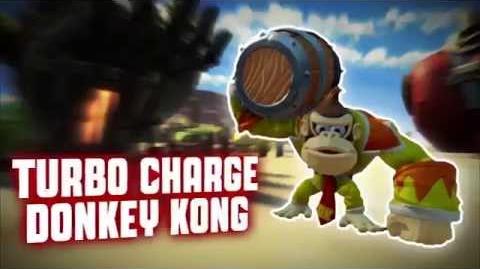 Retrieved from "https://amiibo.fandom.com/wiki/Turbo_Charge_Donkey_Kong?oldid=17549"
Community content is available under CC-BY-SA unless otherwise noted.