The Legend of Zelda: Breath of the Wild

The Legend of Zelda

Action-adventure
The Legend of Zelda: Breath of the Wild (ゼルダの伝説 ブレス オブ ザ ワイルド, Zeruda no Densetsu Buresu Obu Za Wairudo) often shortened to Breath of the Wild, is the nineteenth installment in The Legend of Zelda franchise, that has been released for Wii U and Nintendo Switch on March 3, 2017. The game features a open-world Hyrule to be explored.

All Amiibo Related to The Legend of Zelda franchise are compatible. The Wolf Link figure summons Wolf Link to help Link exploring and hunting in Hyrule. The number of hearts in Wolf Link depends on the number of hearts saved on the figure. When Wolf Link loses all of his hearts, he disappears. Link (Super Smash Bros.) will summon the legendary horse Epona.

(*) means a patch is required before you can use them.

These Zelda figures were announced at E3 2017: 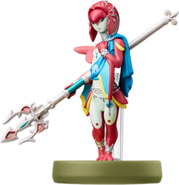 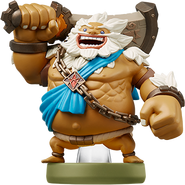 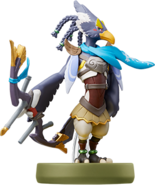 Urbosa
Add a photo to this gallery

Retrieved from "https://amiibo.fandom.com/wiki/The_Legend_of_Zelda:_Breath_of_the_Wild?oldid=21345"
Community content is available under CC-BY-SA unless otherwise noted.