Bayonetta is one of the last of the near-extinct Umbra Witches clan. She's a master of the Bullet Arts, can use her hair as a conduit to bring forth Infernal Demons, and ends up embroiled in a battle to save the world. 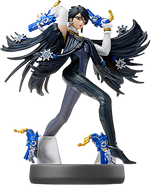 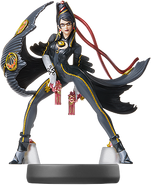 Player 2 Package EU
Add a photo to this gallery

Retrieved from "https://amiibo.fandom.com/wiki/Bayonetta?oldid=20504"
Community content is available under CC-BY-SA unless otherwise noted.